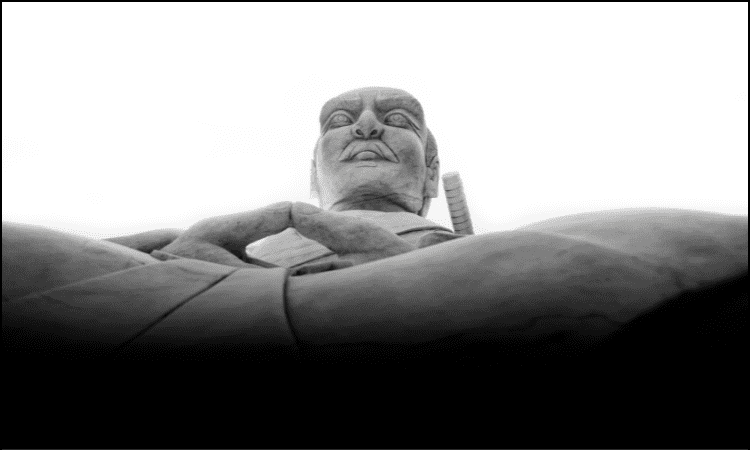 There are many wise quotes and often they sound like a rather trivial phrase. But that doesn't mean they hold much truth and great utility - if we take them to heart. This quote by Miyamoto Musashi belongs exactly to this category. Originating from the time of the samurai, it therefore still has relevance today:

We will look at what this quote conveys in this article. Maybe a whole other meaning will even come to your mind.

The quote "There is nothing outside of you..." by Miyamoto Musashi is meant to remind us that everything that can bring us forward in our development already lies within us and nothing outside of us. It also calls us not to be distracted by external circumstances and even less to try to look for personal development in the environment.

But only in ourselves.

We look below at what this quote can mean specifically in Westernized countries.

First, however, we would like to take a brief look at who this fascinating man was, whose philosophy has survived the centuries and continues to grow in popularity.

Who was Miyamoto Musashi

Miyamoto Musashi, who lived in Japan in the 17th and 18th centuries, was a Rōnin (a wandering samurai) and accordingly he practiced certain teachings. Zen Buddhism, in particular, influenced his thoughts and actions. He is considered a great philosopher and his beliefs have brought him much success and recognition. So much so that today his teachings are known even in the Western world.

His most famous work is the Gorin no Sho, often known to us as the "Book of Five Rings," which is exactly what was my first exposure to Musashi's philosophy.

This quote also comes from this book, which, by the way, was written in 1643.

As a Rōnin, Musashi was a masterless samurai who, in accordance with the social rules for this type of samurai, spent most of his life alone and without affiliation to a clan.

He was also an enormously talented swordsman and, according to lore, survived 60 duels with intent to kill.

How did Musashi come up with this quote

Miyamoto Musashi's life, according to the circumstances of a Rōnin, was marked by being mostly alone and mostly belonging to no one, so it was natural that he would spend a lot of time on himself.

By striving for the perfection of swordsmanship, and practicing zazen, a main component of Zen Buddhism, came a certain naturalness to actively strive for a better self. And this in many areas, which is also reflected in the enumeration:

The active pursuit of a better self and the high level of dedication to this goal is typical of Japan - especially in the pre-industrial era.

However, lore describes Musashi as being exceptionally ambitious even for these circumstances, which he passed on to his students later in life.

He wrote down these words at the end of his life in the book "Gorin no Sho".

The use of the quote in the western world

In the Western world, the focus on possibilities for a better self is often on external circumstances. For example, choosing a good university or educational institution from which we hope to emerge as a better self.

Even though such an external circumstance can be favorable and were not foreign to samurai like Musashi as an idea, this quote from Musashi makes it very clear that the potential for further development of his perceptiveness is solely within ourselves.

I think there is a tremendous advantage to be gained from this over the usual outward-facing approaches that prevail in our country.

The main reason for this is that you take more responsibility for yourself. If everything lies within yourself, you cannot blame anything or anyone else for possible difficulties or setbacks.

But also the fact that you're directing your energy to what you can actually completely control:

Yourself. Be it feelings or thoughts.

At least in theory. Because to control yourself completely is known to be difficult to impossible. But you have everything in you to get closer and closer to this ideal and thus to perfect all your other skills.

Draw further insights from the quote

I encourage you to read this quote more than once. More precisely, I recommend you read it often. Not directly one after the other - although that could also enrich - I mean rather again and again.

You will find that over time, you will be able to apply it to newer and newer areas of your life.

On the one hand in each case on the current circumstances, but on the other hand also on a lot of experiences but also and everything you have done since the last time.