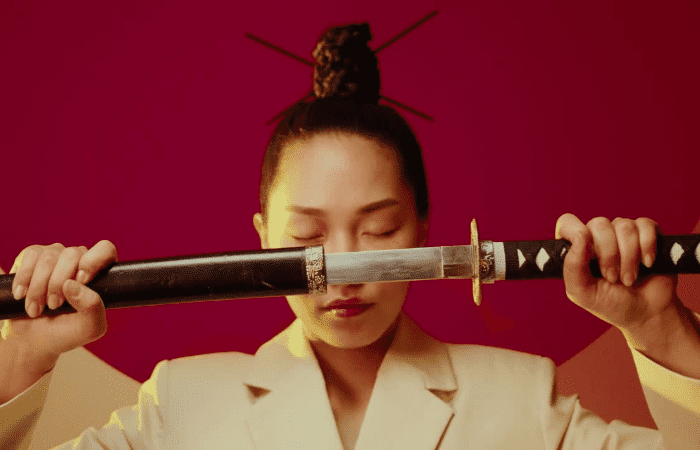 There is much more behind these words than just a simple phrase. Miyamoto Musashi has not given them much meaning for nothing.

Just because something sounds trivial at first, we shouldn't just dismiss it, and that's exactly how it is with this quote, from the Japanese sword master and Zen Buddhist:

It is a common concept that things are the way they are. So far nothing new. But:

The quote particularly targets the human tendency to often drive ourselves crazy over things we can't change.

Maybe you know this from yourself.

But there is a problem with this. Driving yourself crazy over things you can't change is an immense waste of your energy and, in the worst case, can even make you sick.

This is not only my opinion, but the result of a Norwegian Study: Fears and worries have been shown to make people sick.

In summary, the quote can be understood as a reminder to have a calm controlled response to circumstances, which helps to put one's focus right and strive for one's best with diligence and perseverance.

What exactly is acceptance?

In philosophy, acceptance is often understood as the acceptance of patterns of action and meanings that one accepts for oneself as holistic and from which one justifies one's actions.

Especially in difficult times, distancing oneself from striving for control over all circumstances can lead to more relaxation. It can also help to direct one's energy to influenceable points.

The importance of acceptance in Musashi's life

The justification of one's actions, by accepting patterns of actions and meanings, is most exciting, considering that Miyamoto Mushashi's first half of life was marked by death and violence - as was all of Japan at the time (called the Azuchi-Momoyama epoch).

Although he only later became more involved with Zen Buddhism, it is not surprising that his acceptance of things justified the killing of others, since this was anchored in the philosophy of the samurai.

Side note If the word "Bushido" ("Way of the Warrior") has crossed your mind, the samurai code of conduct under that name arose in the much more peaceful Edo period, only after Musashi's death.

The quote from Miyamoto Musashi is therefore not a philosophical thought that he founded. Rather, it is a component that was frequently found in the teachings of the samurai and in Zen Buddhism. Thus, it is not surprising that the samurai and practicing Zen master considered these words particularly noteworthy and wrote them down.

It becomes clear in Musashi's life and actions that acceptance, is not synonymous with passivity. Especially in his work "Gorin no Sho" (the book of five rings) he makes it clear that opportunities in battle and in life must be seized.

If you are interested in Miyamoto Musashi's philosophy you can find another one here. Article about one of his quotes about personality development.

You will also find several books of his teachings.

The most famous is probably the "Gorin no Sho" the book of the five rings, that you can order online without any problems (e.g. here at books.com).

There is also a good Version on Audible that I hear every now and then.

The version in this picture is from a volume on Japanese philosophy: