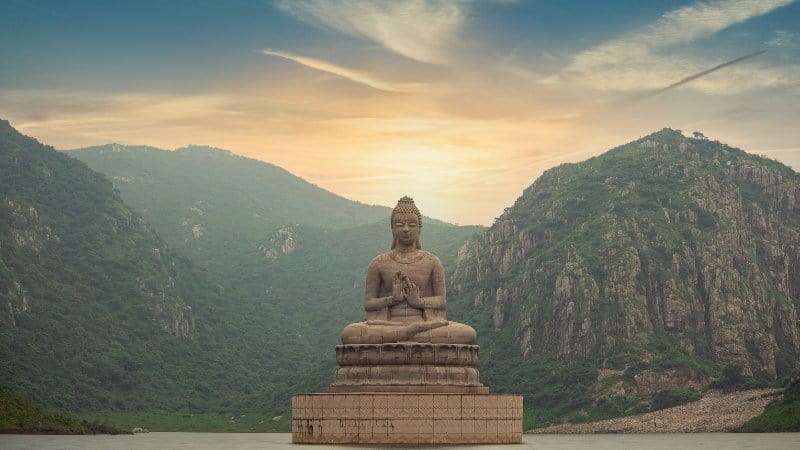 There are many myths and legends about Gautama Buddha, the founder of Buddhism. Who was he really? How did he teach? What is his significance for the history of Buddhism and world religions? In this article, we will explore these questions and more. We will look at what is known from historical sources about Buddha's life and teachings, and examine how his teachings continue to influence people today.

Who was Gautama Buddha and what did he teach?

Gautama Buddha (also Siddhārtha Gautama, Siddhattha Gotama; Shakyamuni, Sakkamuni; or colloquially just Buddha) was a spiritual teacher who lived in India between the sixth and fifth centuries BC. Buddha's teachings were based on his own experience of enlightenment and emphasized the importance of ethical behavior, compassion, and meditation. Buddha taught that suffering is caused by our attachment to things that are impermanent, and that we can attain liberation from suffering by freeing ourselves from this attachment.

Buddha's teachings are preserved in a collection of texts known as the Pali Canon. They are still studied and practiced by millions of people around the world today, and have become popular in the Western world as well.

What do we know about the life and teachings of Gautama Buddha?

That Siddhartha, who was born in 563 B.C., had left the supposedly carefree life he had led in the palace.

When he was 16, he married the princess Yasodhara. They lived in a palace where they had everything they needed. But even though he had all these things, he was not happy.

Left at the age of 29. This was shortly after his only son Rahula was born

One story says that shortly before his death, the Buddha silently twirled a lotus flower in his hand before the assembled monks on Vulture Mountain. All the monks were dumbfounded, except for Mahakashyapa, who smiled at this, expressing the quality of his inner vision. Then the Buddha declared that all his wisdom and mind had now passed to Mahakashyapa. Thus the wheel (dharma) of the Buddha's teaching was set in motion and Mahakashyapa became one of the subsequent Buddhist patriarchs. This story is the founding myth of Zen Buddhism.

The main source of information about the life of the Buddha is the collection of ancient texts known as the Pali Canon. These texts were written down in the first century BC, but are believed to contain material dating back to the time of the Buddha himself.

The Pali Canon contains both Buddha's own words and accounts of his life and teachings from his disciples.

There are also a number of later texts that contain stories about Buddha's life. These texts, written by Buddhist monks centuries after Buddha's death, are known as biographies. The most famous of these biographies is the Buddha Carita, or "The Life of the Buddha," written by the Buddhist monk Asvaghosa in the first or second century CE.

The Buddha Carita tells the story of Buddha's life from his birth to his death. It contains many of the famous stories about Buddha, such as the story of his enlightenment under the Bodhi tree.

The Bodhi tree was a poplar fig. Bodhi is Sanskrit for "enlightenment". Many Buddhist monasteries have an offshoot of this tree.

Since the Pali Canon, the Mahavamsa, the Dipavamsa and the Buddha Carita were written long after the Buddha's death, they cannot be considered reliable historical sources. Nevertheless, they give us an insight into the life and teachings of the Buddha.

It is important to remember that Buddha was not a god and did not claim to be one. Buddha was a human being who attained enlightenment through his own efforts and wisdom. Buddha's teachings can be a source of inspiration for all of us, regardless of our religious beliefs.

As you can see, the Buddha was a man who had many great things to say. He was an inspiring thinker, and his teachings can still help us today.

What are some of the most important teachings of Gautama Buddha?

Among the most important teachings of Gautama Buddha are the Four Noble Truths, the Eightfold Path, and the doctrine of karma.

The Four Noble Truths are the most well-known teaching of the Buddha. They state that life is full of suffering, that suffering is caused by our desires, that we can end our suffering by giving up our desires, and that there is a path (the Eightfold Path) that leads to the end of suffering.

Note: "right" in the sense of "right", not politically oriented.

If you're not interested in taking a meditation class, we still recommend that you meditate in some form. Perhaps guided by an app or an online course?

The teachings of the Buddha have had a lasting impact on the course of world history. His emphasis on compassion, non-violence, and understanding has influenced not only Buddhists, but also people of other religions. Buddha's teachings continue to inspire people today, and his legacy is one of the most enduring in world history.

Gautama Buddha's teachings continue to influence people today because his teachings provide guidance on how to end suffering - or perhaps more accurately, how to deal with it, because the famous Buddha saying "Life is suffering" is the victim of a translation problem. Originally he said "Life is dukkha," which is often translated one-to-one as suffering. This is a problem because the word dukkha is a Sanskrit word with a much broader meaning.

The Buddha taught that dukkha means more than one thing. These are:

Suffering or pain (Dukkha-dukkha). This is the most commonly transmitted form of dukkha, as the English form "suffering" is used. It includes physical, emotional, and mental pain.

Impermanence or change (Viparinama-dukkha). Everything that is not permanent, that is subject to change, is dukkha. Thus, happiness is dukkha because it does not last. Great success that fades with the passage of time is dukkha. Even the purest state of bliss experienced in spiritual practice is dukkha.

Conditioned states (Samkhara-dukkha) are when you depend on something else or are influenced by something else. According to the doctrine of dependent arising, everything is dependent on everything else. This is the most difficult part of the teachings on dukkha to understand, but it is very important for understanding Buddhism.

Buddha's teachings are based on the Four Noble Truths, which state that suffering exists, that suffering has a cause, and that there is a way to end suffering. This way is known as the Eightfold Path. The Four Noble Truths are still relevant today because they provide a framework for understanding and dealing with suffering. The Eightfold Path is also still relevant because it provides a practical guide for living a moral and ethical life.

What is your personal understanding or experience of the teachings of Gautama Buddha?

I personally believe that Buddha was a great teacher who had a lot of wisdom to offer. His teachings can be helpful to everyone, regardless of their religious beliefs. Buddha's most important message was that we should all strive to end suffering in our lives. I think this is something we can all relate to and a goal we should all strive for. The Buddha's teachings can help us achieve this goal by teaching us how to control our thoughts and feelings. If we learn to control our thoughts and feelings, we can reduce suffering in our lives. Buddha's teachings are still relevant today and I think they can help us live happier and more peaceful lives.

That's it. I hope you enjoyed this post and that it gave you some insight into Buddha's life and teachings. If you have any questions or comments, feel free to leave them below. Thanks for reading!