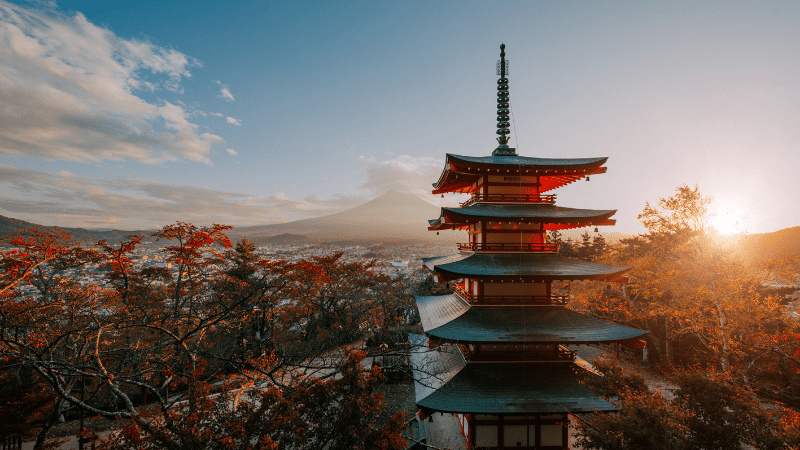 In this article, we'll look at six of Miyamoto Musashi's greatest quotes that have been extremely helpful to me (and countless other people) to steadily improve, see things in a more relaxed way, and find more inner peace - in short, to better cope with modern life.

In this article we will look at the meanings and how they relate to our world today.

Here you can jump to specific quotes if you want (otherwise just keep scrolling):

"Accept everything as it is."

"In all things, I have no preferences."

"You can only fight the way you practice."

"Learn to look at the situation you're in as a whole."

Now let's take a closer look at the originator of the quotes:

Miyamoto Musashi lived in Japan in the 17th and 18th centuries and was a Rōnin (a wandering samurai). Therefore, he practiced certain teachings. In particular, Zen Buddhism influenced his thoughts and actions. He is remembered as a legendary samurai and a great philosopher. His beliefs brought him much success and recognition. His teachings are still known today in the Western world.

As a Rōnin, Musashi was a masterless samurai who, in accordance with the social rules for this type of samurai, spent most of his life alone and without affiliation to a clan.

He was also an enormously talented swordsman and, according to lore, survived 60 duels with intent to kill. This success made him famous during his lifetime and his principles are still interpreted and lived with great interest today.

His achievements are promising and based on his beliefs and practices. These he recorded in his teachings, which he disseminated in his school known as Niten Ichiryū (jap. 二天一流, in German "The One School of the Two Heavens")

In summary, the quote can be understood as a reminder to have a calm controlled response to circumstances, which helps to put one's focus right and strive for one's best with diligence and perseverance.

If you're like me, you don't always find it easy to accept things as they are. This not only prevents you from living a more relaxed life (bad enough), but can also lead to real problems if you can't accept certain circumstances.

If you want to learn more about this topic, I have a full article for you. We'll take a closer look there at why Musashi considered acceptance to be so important and what acceptance means exactly.

The samurai Miyamto Musashi explains that none of the common ways of fighting should be rejected. This included not only fighting with the long and short sword and their different stances, but also other weapons such as staff, spear, bow and even the newly emerging musket.

I'm no 17th century Japanese warrior, but I've learned that by eliminating a preference for one particular thing, suddenly everything has equal appeal. Instead of enjoying only one quarter of the whole, everything can be enjoyed in its own way.

In the article about this quote you will learn more about the background of these words as well as various examples for today.

This quote indicates that things in life are not static. Everything experiences permanent change. It is therefore self-destructive to have the claim to expect or strive for things to be unchanging. Instead, it requires the awareness that everything is in a constant state of change.

Especially in Western culture, however, it is strongly ingrained that people use terms like. Create and Get think and often ignore or even do not accept the change.

I have an article for you that goes into more detail about this issue and the exact reasons most are unaware of it.

In this quote, Musashi points out that without practicing a fighting style, his students will not be able to use it in an emergency. The disregard of this circumstance and the attempt to use such a type of combat nevertheless in duel or battle leads to defeat.

Unfortunately, we humans often have the tendency that in the heat of the moment we let ourselves be forced into a way of fighting that we do not know how to do - even though we know in and of itself that this puts us in a bad position.

Want some examples? I have an article for you about this quote. You'll also learn how to protect yourself from this behavior.

For example, in his teachings Musashi repeatedly addresses the fact that for victory in battle it is crucial not to stare frantically at one particular thing. Instead, the warrior must always let his gaze rest unstrained on the entire event. Only in this way can one perceive everything and react to every action of the opponent, according to Musashi (for example, in the "Gorin no Sho" in the Book of Water as well as in the Book of Wind).

But to oversee the entire situation in battle is extremely difficult. Musashi therefore explains that only when one has mastered something properly, it is no longer necessary to observe everything individually. So, it is elementary to practice in the things that are crucial for one's own way. This basic expectation runs through his entire teaching and reflects the Japanese dedication to learning.

Even though this quote was originally intended for combat, it can in principle be applied to almost any task that needs to be accomplished.

If you are interested in this quote you can find here my complete article. There you will learn everything you need to look at things as a whole and apply them to modern everyday life.

This quote from Musashi should remind us that everything that can bring us forward in our development already lies within us and nothing outside of us. It also calls us not to be distracted by external circumstances and certainly not to try to look for his personal development in the environment.

Especially in our modern world, this is not always easy. Often we are so blinded that we try to improve ourselves with things that are outside of us: "With this suit I will definitely get the job", "With these new tablets I will achieve my dream body", and so on.

You can learn how to straighten out your focus here in my article on this topic.

These were the samurai's most incisive quotes, from which we can still benefit immensely today.

If you are interested in Miyamoto Musashi's philosophy, you can find several books of his teachings. The most famous is probably the "Gorin no Sho"; the Book of Five Rings, which you can easily order online (e.g. here at books.com).

There's also a good version on Audible that I listen to every now and then.

The version in this picture is from a volume on Japanese philosophy: